Chickens tend to be typical bird brains. They just don’t understand that they need water to survive and that it tastes much better when it’s clean.

So when I set up the standard chicken watering devices, the chickens stand on the edges, they go to the bathroom in it. They scratch around close to it. It never failed that the chickens would have the water fouled within 6-8 hours every time. I was changing and cleaning water twice a day.

Granted part of this was because I have this pretty small area for brooding and can’t hang it up higher. But it’s still ridiculous.

So I came across these wonderful little chicken nipple watering devices. These are made to sound like the end all, be all to watering your chickens.

They want a pretty penny for them, but I was so fed up with the water issues that I couldn’t bear to wait any longer.

I ended up buying 50 on eBay. I figure I’ll make a few at cost for friends and such if it works out.

I got a translucent 5 gallon bucket from Lowe’s, a couple barbed hose connectors, some flexible hose, PVC. And sat down to put it all together.

It does leak a bit. I mean the chickens will tap it to get water and they won’t catch every drop, it slowly leaks onto the ground. But no more fouled water. They seem to be growing even faster now. Good water is a must.

I have a few pictures below but they aren’t the greatest from this angle and poor lighting. I found that my barely 2 week old chicks quickly picked up how to get water. I didn’t have to train them or anything. I’ve read there is a slight training curve with older chickens. 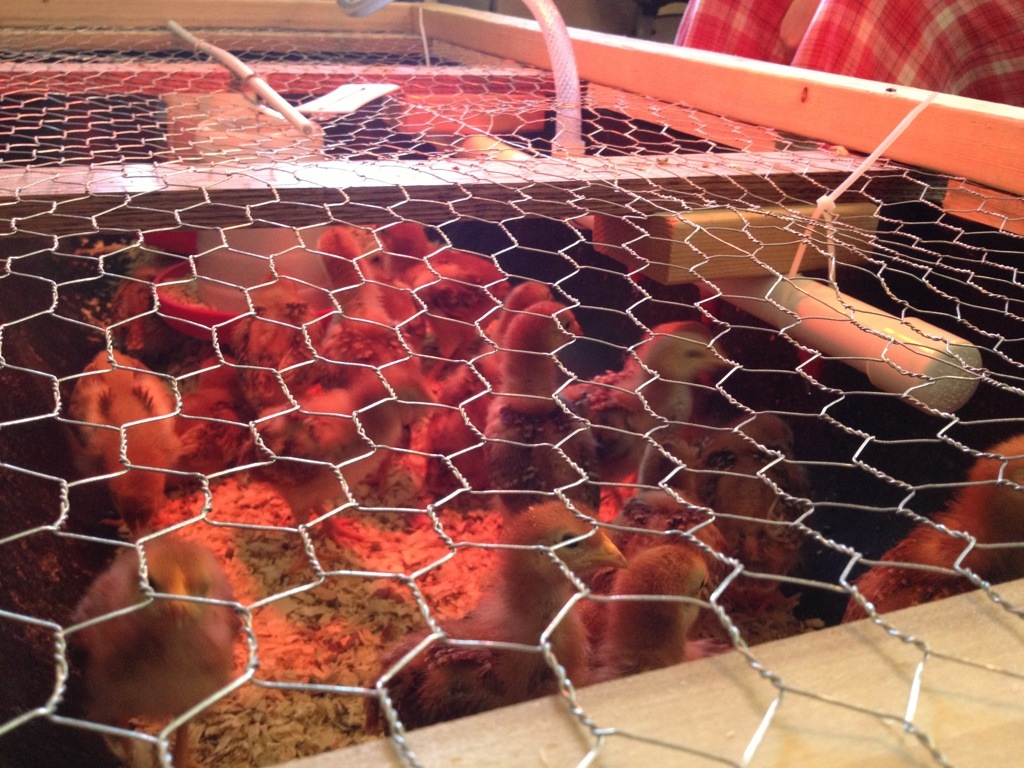 Chicks crowding around to see the new device.

A couple of them start pecking around at it to figure it out. 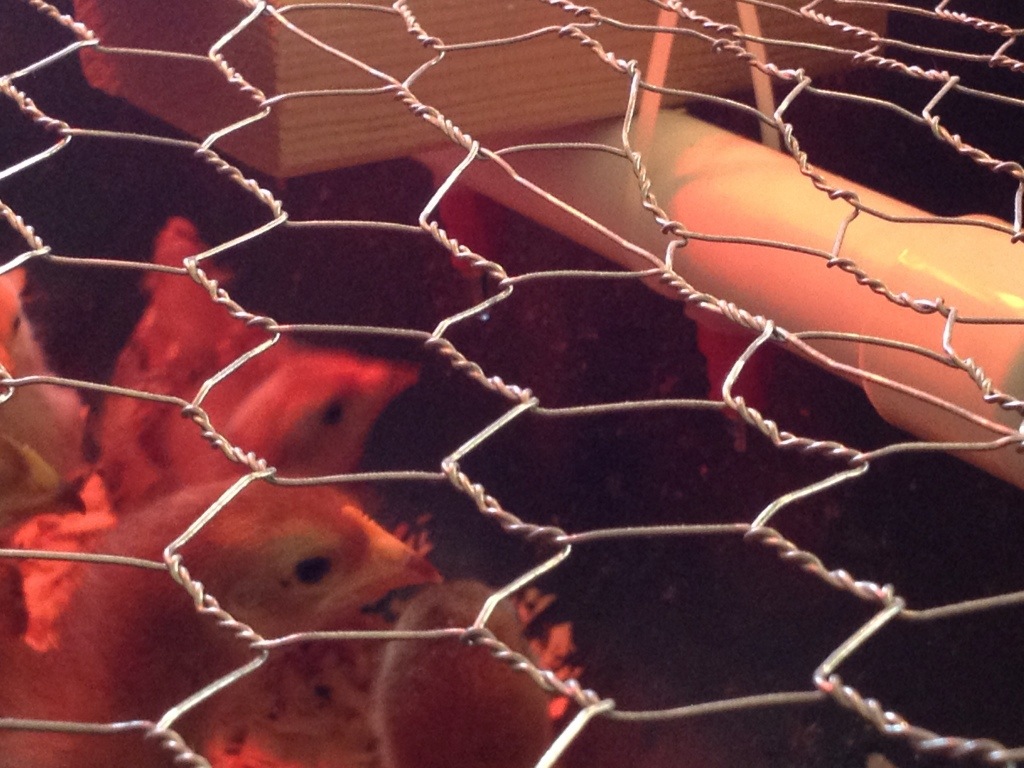 Once a couple chicks figured it out, all of them stepped up to get a drink.

I put the chickens outside in a temporary shelter waiting for their coop, so I was able to get some better pictures. 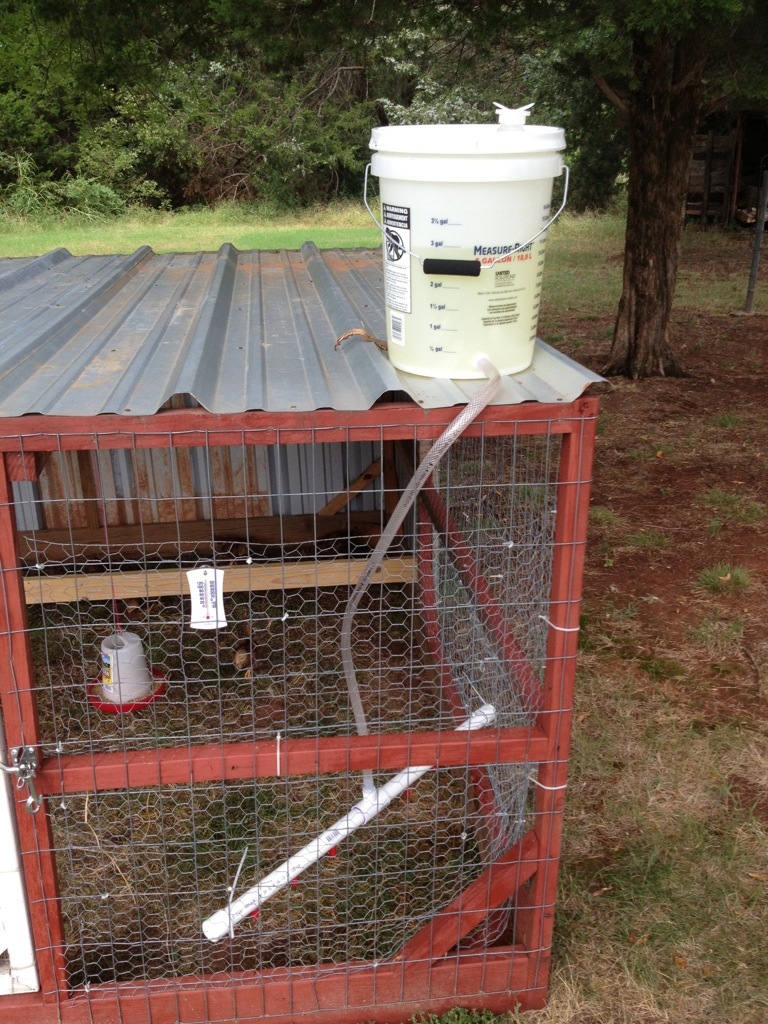 Here’s the full view of the entire device. 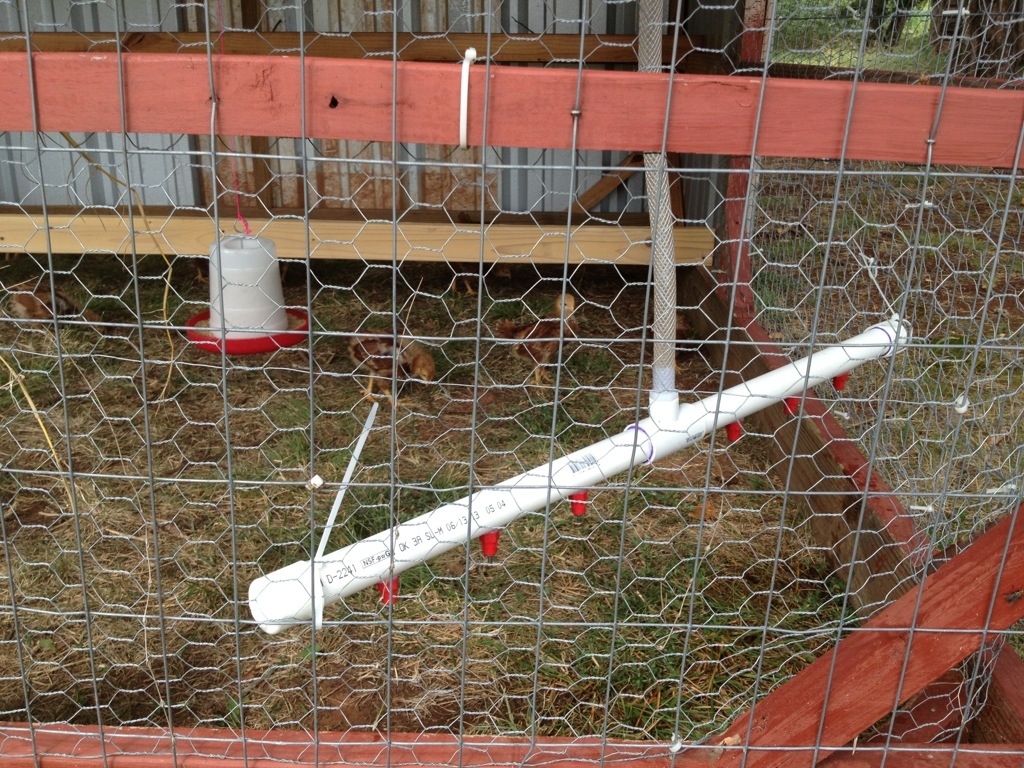 This is the portion that the drink from. Needs to be level or the high side won’t have water. 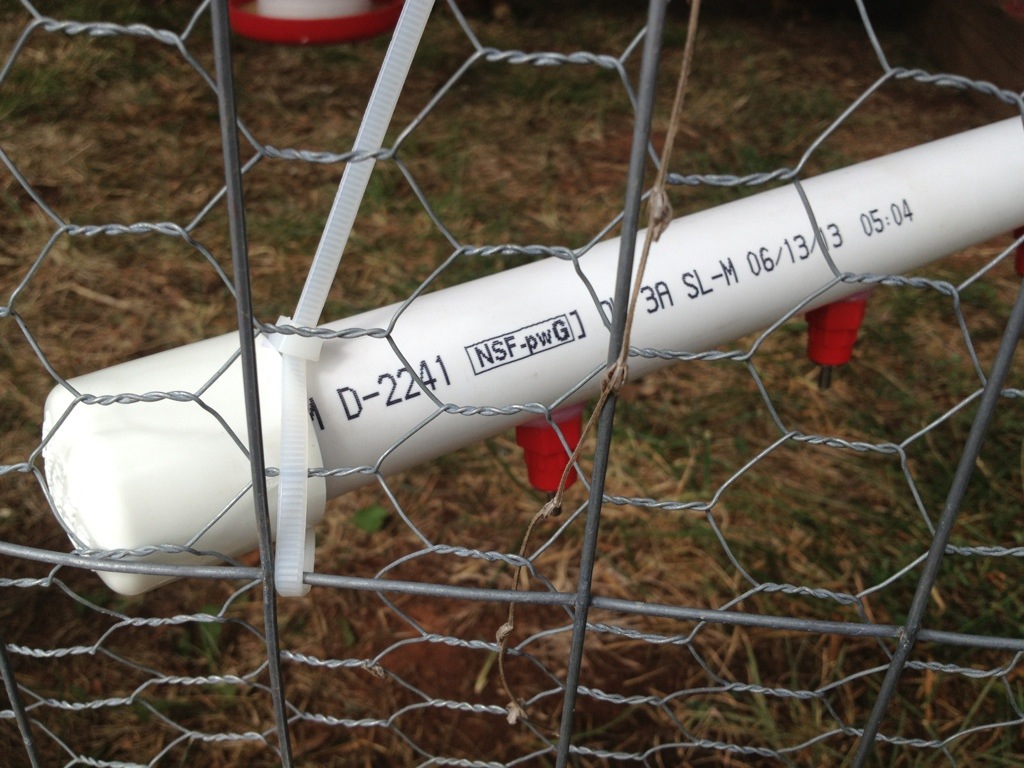 Here’s a close up of the nipples.