So far we’ve been following Back To Eden Film for our garden. Of course this is the very first year and we didn’t even get a full 6 months to let it set before using the garden. As such it hasn’t been going as well as we planned. However, it’s just the first year, so it’ll be even better next year right?

One problem we’ve been having is enough water. It seems we still need water in our garden and of course we needed water on our new fruit trees. Even on the fruit trees we are using layers of mulch, and while that helps retain moisture, it still needs moisture to retain.

I took a look at the Rainbird drip irrigation. The price wasn’t too bad. I think for about $100 we ran enough hose and emitter hose to water both the trees and what garden survived the frost and hail we took earlier in the year. The emitter hose is pretty nice, about every foot is a small hole that drips half a gallon every hour. So it’s a nice slow drip drip drip, all night long. Combined with the mulch and drip watering through the night I figure I can water once maybe twice a week and have plenty of water on the garden and trees.

I have them set up as separate loops. The trees get watered one night, the garden the next night, off two nights. Keeping an eye on the weather and adjusting for cloudy days, rainy days etc.

The trees are doing great especially since putting this in place. The garden is still struggling but there are a lot of other issues there. 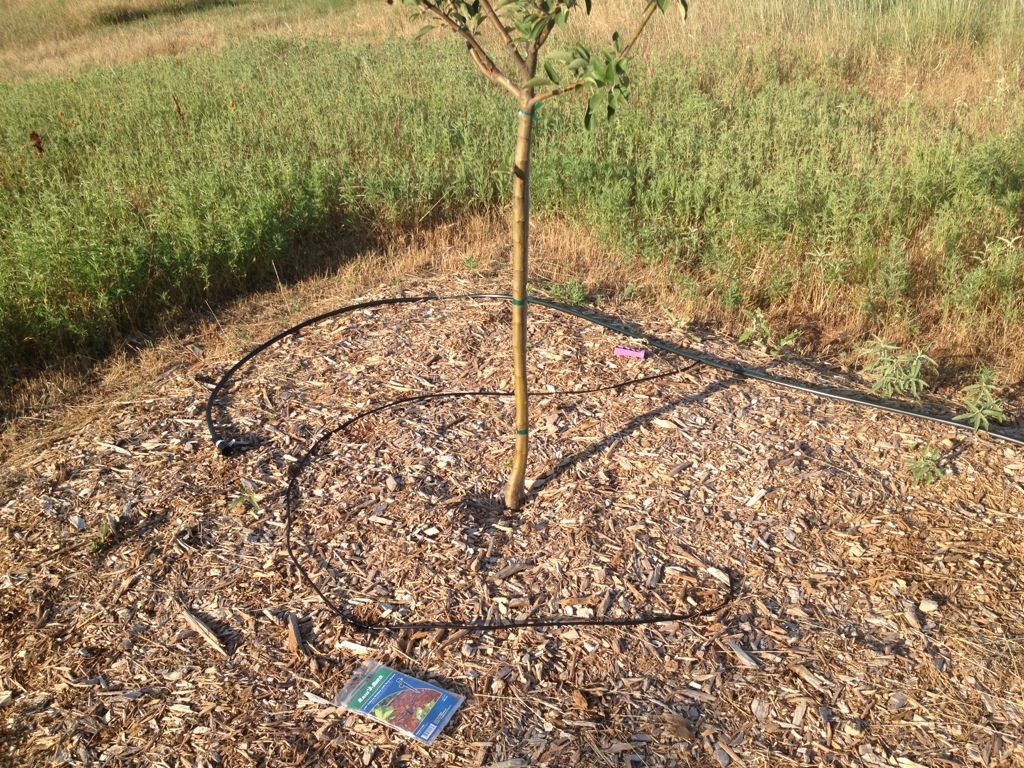 Primary hose and 1/4″ emitter hose around the new Apple Tree.

Emitter hose running around the plants in the garden.