The final step is finally here. It’s taken me a couple weeks of getting all the right supplies and putting it together in the evenings. Not too bad for my first system.

So the last step of course is just filling with media, which I’m using river rock. And I also needed to get my bell siphons working properly.

You will see below that river rock weighs A LOT. In one picture you can see the side walls start wrinkling in. And in the next picture I show underneath where the floor is actually bowing.

It weighed it down but not too much. When I move this I will be doing a little more to reinforce it better. At first I did think it was going to be a problem but it only went so far before settling in. Even adding the extra weight of water it didn’t sag anymore.

I made the bell siphons pretty standard. A 1″ pipe in the center about 7″ tall plus the attachment, and then the bell which was a 2″ pipe that was 10″ long. The first siphon I made didn’t want to work right. It would start and siphon but it would never break the siphon.

After making the next two which worked perfectly I came back to the first and realized it was due to the sagging. See I had the pipe that was for draining set in a way that it was actually going uphill to the end. Well the air can’t go downhill and break the siphon. I turned around the drainage pipe below the grow bed and now it works perfectly. No problems so far.

Filling the Grow Bed with River Rock for media 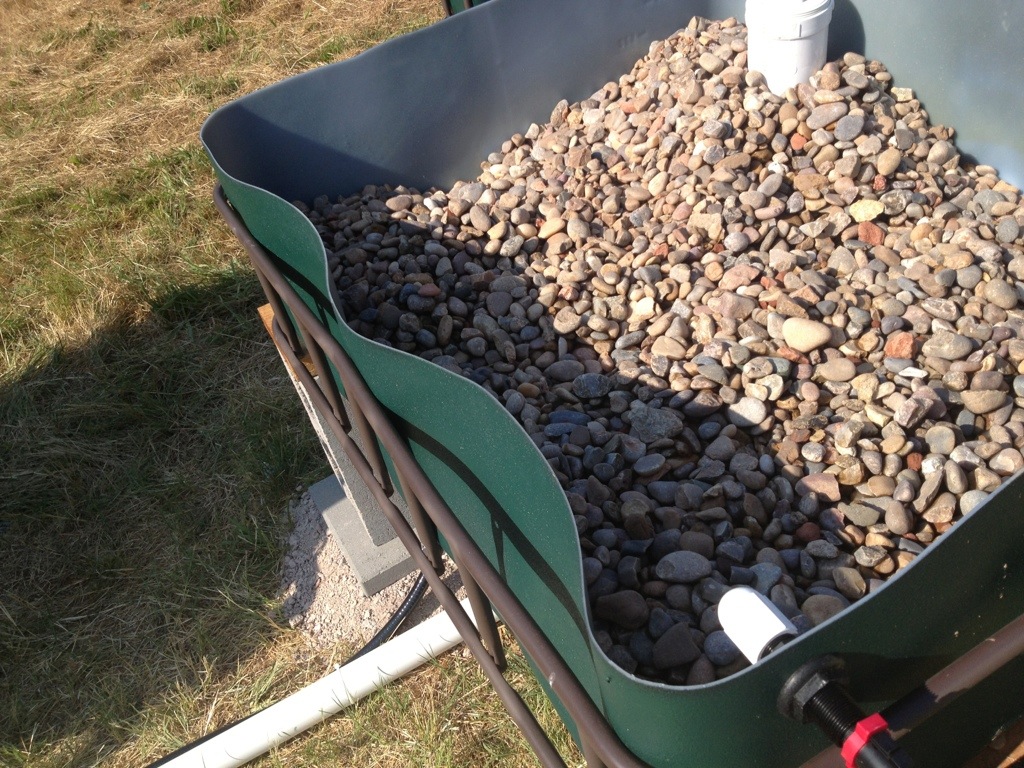 Here you can see the sidewall bowing in on the grow bed already. 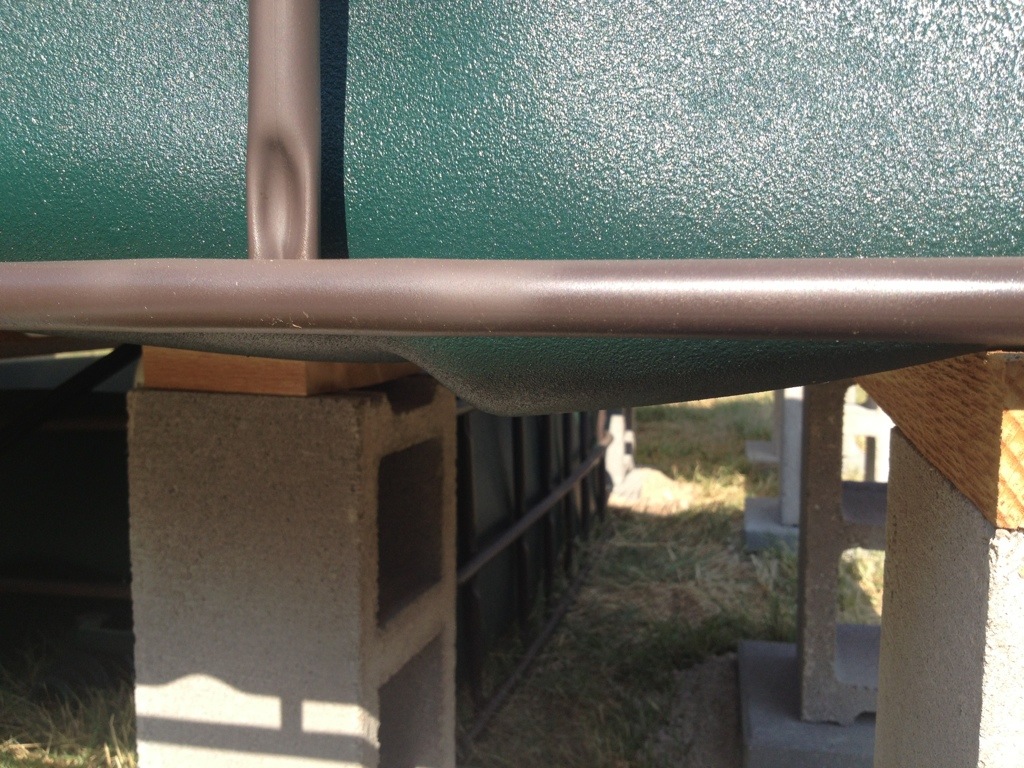 Here’s a shot underneath the grow bed where you can see the sagging below the bar.

Here I also made a spray bar for the pump line going to the fish tank. 3/4″ pipe with small holes drilled to create oxygen on the surface.

Here’s the lid I crafted for the fish tank.